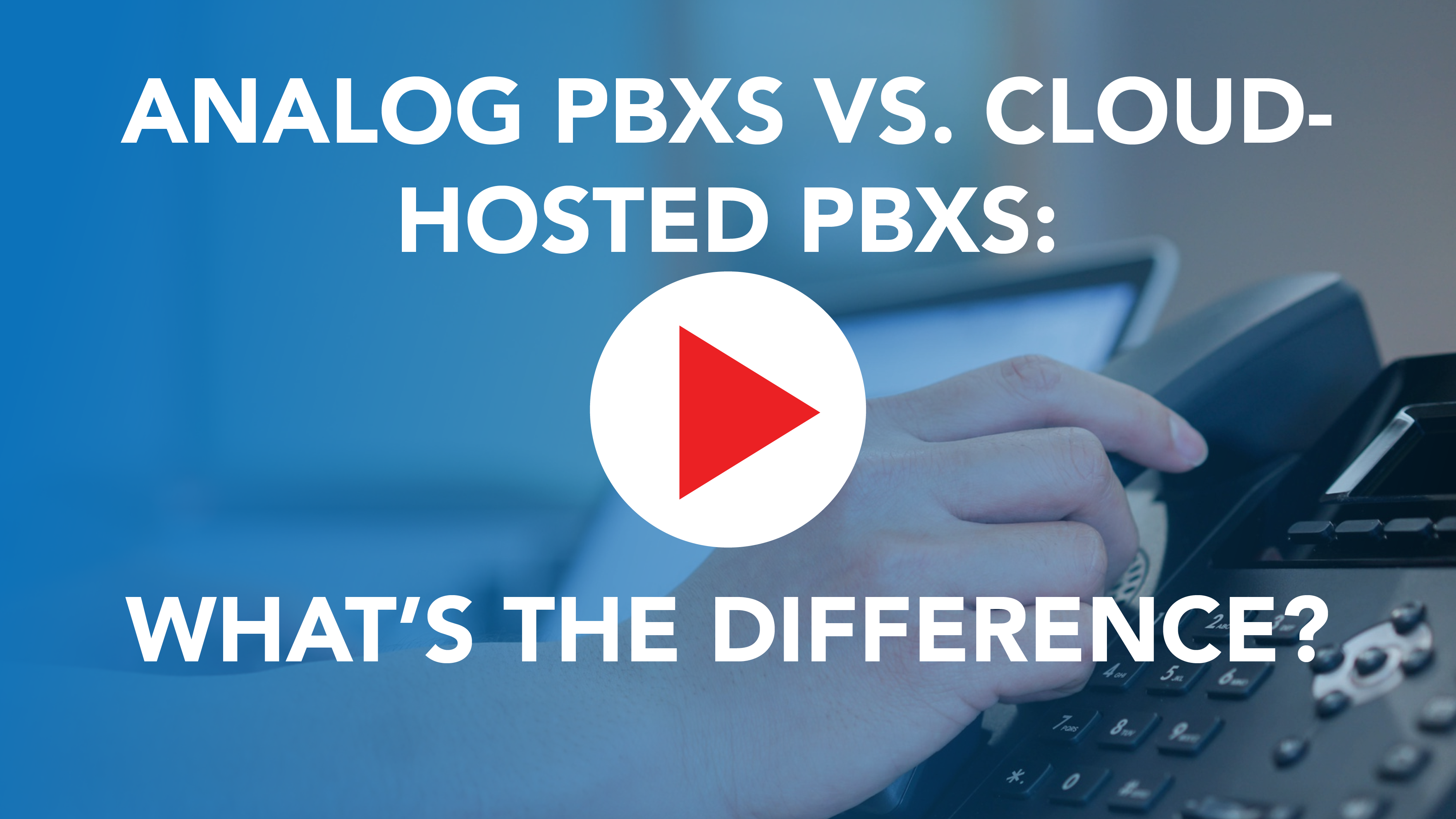 A PBX - Private Branch Exchange - is a private telephone network used internally to communicate within an organization, and externally to communicate with others outside of a company. PBXs come with a variety of helpful features, including allowing users to have more phones than phone lines, establish a phone menu, transfer calls, and record voicemails among other things. Hi again, It’s Patrick Judy here. A PBX is an essential component of business communications, and in this video, we will discuss the two foundational types of PBXs: analog PBX and cloud-hosted PBX

An analog PBX is the traditional form of PXB that would typically sit on-site at offices. Analog PBXs were first introduced in the 1960s and initially required an operator to sit at a switchboard and physically connect calls. Naturally, the analog PBX has since evolved, and now automatically connects calls instead of requiring an operator on a switchboard.

Analog PBX systems were first adopted by large corporations as they were initially very expensive and, although prices have gone down in the decades since analog PBXs inception, they continue to be the more costly PBX choice, partially due to equipment and physical maintenance costs.

Analog PBXs also come with the features I mentioned earlier - phone menus, forwarding, voicemails - and more. So while they are the traditional PBX, they’re still developing with the times.

Additionally, because analog PBXs use phone lines, they're pretty reliable and will continue to work during power outages and if the internet is now working, they’re also a good choice for businesses in more remote areas that are unable to connect to the internet.

Cloud-hosted PBXs were less expensive to implement than analog PBXs, causing them to be more widely adopted. Unlike traditional analog PBX systems, VoIP systems are more easily customizable and do not require the same amount of equipment upkeep as analog PBX systems.

It’s been decades since cloud-hosted PBX technology was introduced, and it’s had quite the evolution. Nowadays, VoIP systems can communicate between internet-enabled phones, mobile devices, and computers from anywhere, delivering more holistic, unified communications within an organization in the form of voice, video, text, and file-sharing communications.

WHAT HAPPENS TO MY VOIP SERVICE IF MY INTERNET IS DOWN?

So, what happens to your VoIP phone system if the internet in your office is down? Watch here to learn more! 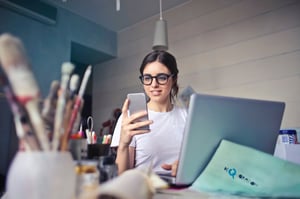 “What is the best VoIP platform?” That’s a good question — and honestly, there is no concrete answer. There are some VoIP services that offer more functionally than others, that cost less than others, and those which can be deployed easier than others. 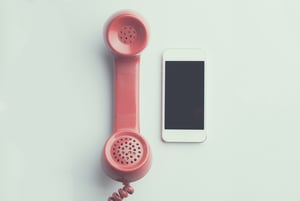 VoIP services don’t come with their own unique problems. Here are some you may experience when using a VoIP service from home.