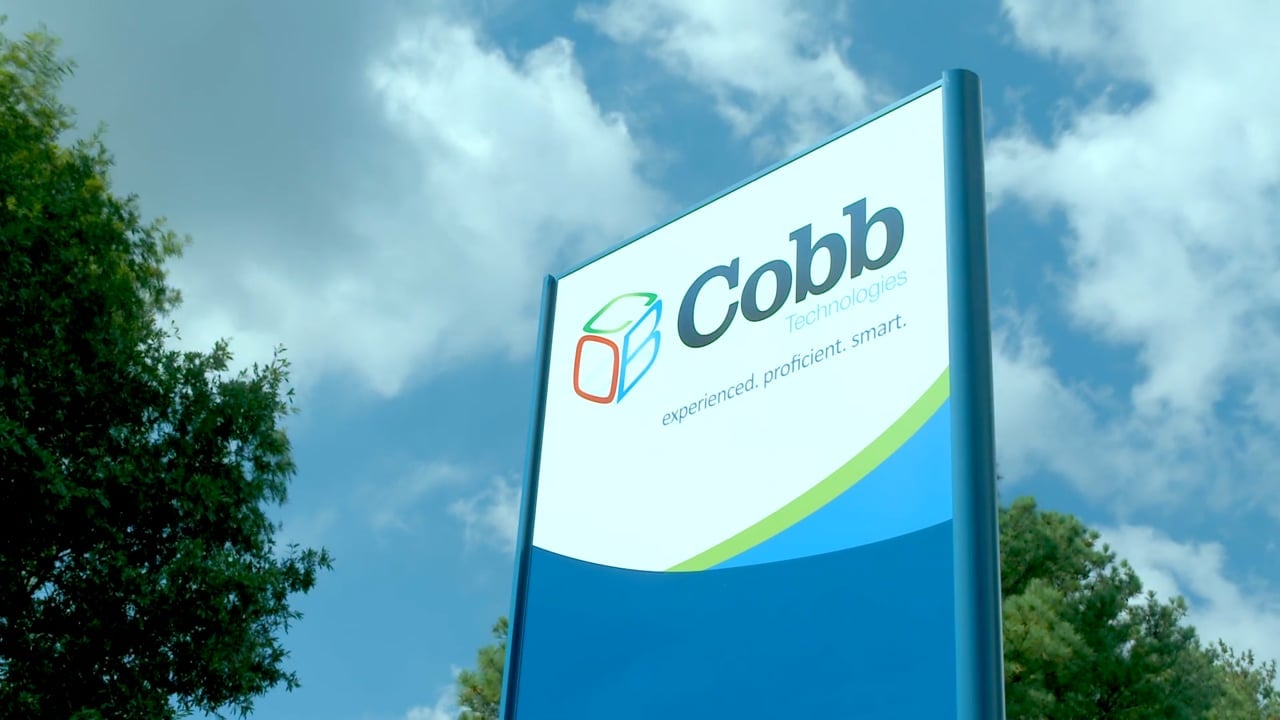 Out of the five most stressful events in life, starting a new job is right up there amongst the heavyweights - the others being death of a loved one, marriage/divorce, selling/buying a house, and serious illness. Onboarding with a company is one of those in-flux stages that can lead to sleepless nights, anxiety-driven thought patterns, and feelings of being overwhelmed with the unknown.

The whole process of finding a job is the perfect storm of stress for the individual seeking to take a new step in their career path – half of the time, you’re hiding your search from your current employer, and on the other side of the job-search coin, you’re frantically filling out application after application, in a race against time before your unemployment checks run out. Compounding upon this stress is the unease of professional judgement in the form of the interview process – and to round out the whole ordeal is the seemingly un-ending amounts of waiting for replies and next steps to make their way into your inbox.

I think I spent equal amounts of time hitting the “refresh” button on my email as I did filling out applications in my last job-search. Patience is a virtue – one that many of us strive for, but fall short of mastering – and it’s a skill I’m still (perpetually) working on.

Finally, to top it all off, once you’ve actually landed a job, you’re faced with the prospect of fitting in to a company’s culture – leading to the internal questions we’ve asked ourselves since elementary school: Who will I sit with at lunch? Will my coworkers like me? What if I’m not smart enough? Will I have fun? The same internal dilemmas we face when we’re children still plague us as adults – we only learn to more effectively hide these insecurities as we age.

So, if you’re in the middle of your job search, and you’re wondering, “What’s it like to onboard with Cobb?” I can tell you, as someone currently going through it, it’s great.

Now, I know – a lot of companies tout a good onboarding process, a fantastic company culture, and an employee-driven company – and all too often, these claims fall short of the mark. This, I am happy to say, isn’t the case at Cobb.

Let’s start from the beginning – at a certain popular job-posting aggregation website. As someone who is no stranger to vague or even misleading job-postings, I found the job description for my position to be detailed, succinct, and educational. I knew exactly what I would be doing, even before corresponding with anyone at Cobb. Cobb also responded faster to my application than most companies – and rather than an automated response, I received an email from an actual human being.

Like most interview processes, my first introduction to Cobb was over the phone – a quick thirty-or-so minute conversation of which by the end, I found myself more than interested in the position, and with the feeling that we’d be a good fit for each other. You know that inexplicable feeling of gelling with someone – the one that leaves you with random bouts of smiling for no reason, often when preoccupied with some menial task like doing the dishes or writing Christmas cards.

It was only a few days after this, that I found myself shaking hands with the head of HR, and the individuals of my now-team-members in the marketing department. According to Einstein, time is relative – an hour of your favorite TV show seemingly disappears into thin air, and an hour stuck in traffic might as well be an entire week. When I showed up to my one o’clock in the afternoon appointment, I didn’t expect to be leaving the building at three thirty – and it sure didn’t feel like two-and-a-half hours had passed. Cobb has spent a significant amount of time and effort in training managers to perfect the skill of conversation, and it shows.

Next, I was sent a personality test to fill out at home; now, before you roll your eyes, and write off this aspect of their hiring process, know that it isn’t one of those “What would you do in x situation?” where there’s obviously a correct answer. This was a simple five-minute exercise of selecting words that people use to describe you, and you use to describe yourself. Cobb’s hiring manager let me know this wasn’t a pass/fail exercise – it was merely to get a better sense of the whole picture that makes up a person. So I answered honestly, and I’m glad I did. Everyone has a few idiosyncrasies up their sleeve, and now, rather than apologizing for them during my first week, I needn’t worry.

I was brought in for a final interview, this one lasting even longer than the last – again, three-hour long interviews most definitely do not feel like an arduous amount of time, and besides – we had a lot to chat about. As an added bonus, after spending this time together, I already felt like I knew my team well after this third interview. And after a few days (weekends tend to preclude hiring teams from making decisions before Monday) I received a call from my now-director offering me the job. I accepted, but you already know that, or else you wouldn’t be reading about my first few days here.

All-in-all, it was one of the least stressful interview processes I’ve ever had.

So, what was orientation like? Cobb accomplishes their onboarding in a very smart and efficient manner; all new employees start the same day, segmented by month, and corresponding with our monthly meet and greet morning meetings. Cobb, for those not in the know, is a MSP – a Managed Service Provider, or Multiple Service Provider depending on whom you ask. Because of this, Cobb’s building is not only filled with low-walled cubicles and traditional offices, but also features an expansive warehouse with the capacity of housing millions of dollars worth of physical tech infrastructure. This climate-controlled warehouse is where these monthly meet and greets are held, creating a welcoming and truly holistic atmosphere, including everyone who plays a role in making Cobb the company it is – from sales reps and account managers to service technicians and production managers, to upper management and our president, Toni Gorveatt.

These meet and greets are always accompanied by a breakfast of some sort – whether of the traditional bacon and eggs variety, or the more adventurous breakfast tacos, there’s always something to satiate your morning appetite. By this point in the morning, I was already impressed – the orientation at my last job was a simple, “Here’s your desk, and there’s your water bottle – get to work.”

What happened next was when I was truly sold on Cobb’s – the company I’m a part of – employee culture. After our president gave a short summary of another successful year of company growth and earnings, she turned the podium over to a member of our Managed IT Services team. This employee of Cobb had come up with a novel-yet-functional tool for increasing the efficiency of imaging services in the workplace – complete with a demo PowerPoint and introduction to this new piece of tech.

This wasn’t a project that originated in the usual top-to-bottom fashion that most endeavors in the tech industry formulate through – this employee had come up with this idea himself, and Cobb supported his creativity, skillset, and ingenuity. The best part is, this idea is taken seriously – even this morning, when I was listening in on morning conversation while filling my mug with its first serving of coffee, I overheard production talking about it.

It was after this product demo that I knew Cobb was different. Following this, I, along with a new business development specialist, was introduced to the entire company at the meet and greet, and after the company received a milestone reward from one of our partners, I was greeted by Cobb’s ambassador team.

This ambassador team is there to make your first day simultaneously memorable, enjoyable, and educational – and they most definitely succeeded. We were first brought into the main conference room where we casually conversed with each other about the things that really matter: our hobbies, our loved ones, our pets, and all the things that make us the person we are. Next, we were given a short history of the company, so we knew where we came from, and where we were headed. I had only been working at Cobb for an hour-and-a-half, and I already knew our mission and purpose. There was no time spent floundering, wondering what to do, or how to do it. Cobb, from the very first minute I stepped in their doors, had my back.

All new employees during onboarding go on ride-alongs with the two branches of our company that mainly work outside of the office – service techs and sales reps. This, in my opinion, was not only one of the most enjoyable aspects of my orientation experience, but also an integral telling of Cobb’s employee culture. Everyone at Cobb knows what everyone else does, because everyone has spent time in each other’s shoes – this leaves little room for guessing as to who does what, and instills an appreciation for the roles we all play in order to create the company Cobb is. No matter if you’re pushing paper or servicing printers for one of Cobb’s (very happy) clients, you know where you fit, and that you’re not alone.

In-between these ride-alongs, we met back up with the ambassador team for lunch, which was a fantastic way to give us a break from learning a lot of new information, and provided us an opportunity to get to know each other even better; an important part of the ambassador’s team mission is to ensure that all new employees have a set of familiar faces by the middle of their first day at Cobb – this helps when you have questions such as “Where’s Pamella’s office?” or a simple “How’s it going?” They also make sure to introduce you to as many Cobb team members as possible – it helps to keep track of all the new names and faces when you have a new friend introducing you.

After my second ride-along, I met with the head of HR to fill out the necessary paperwork; W-2’s and that sort of thing. I found this to be a great time for a task such as this – rather than being greeted by paperwork in your first few minutes of sitting at your new desk, Cobb gives you the time to acclimate and absorb the welcoming atmosphere.

Speaking of welcoming atmosphere – Cobb is chock full of friendly faces. Everyone, you can tell, is happy with where they are. And not that fake kind of happy, where smiles remain frozen, plastered to faces like wires are holding up the corners of mouths – the real kind of happy, with intermittent laughter, true interest in each other, and a willingness to complete their own and Cobb-as-a-whole’s mission.

It may be a company of over one hundred individuals, but it feels like a family – albeit a very large one. My office-mate has been patient, helpful, kind, and entertaining – all of the qualities of a good co-worker. My director is easy to speak to, engaged with my ideas, and truly cares about the success of her team. In short, Cobb is the kind of company you want to be a part of, rather than simply show up to for the paycheck. It’s the kind of company where someone has to remind you it’s five o’clock, and it’s time to go home.

It’s the place I want to be.

Get to know Jason Holmes, IT Solutions Specialist Cobb!